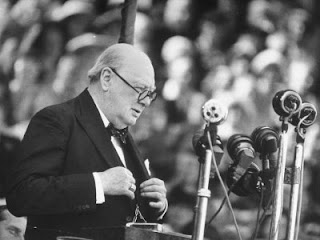 Winston Churchill is widely considered one of the greatest leaders in history. The freedoms many nations enjoy today are in large part due to the stand that he and his country took during the second world war.

Researching leadership, I have found Churchill time and time again credited with some of the most thought provoking quotes - sayings that apply today as much or more than they did in the context of their original delivery. Principles are indeed timeless.

One quote for Churchill seems to stand out among all the others. Its about perseverance, a strength that all great leaders and successful people have shown. It is by far one of his most quoted speeches, in part due to distortions about what he actually said. The myth is that he stood before a group of students later in his life and delivered a short, one-line speech and returned to his seat. You may have heard a version similar to this:

If that had been his entire speech, the message and the dramatic effect both would have been sufficiently powerful. That’s likely why it is repeated so often. I find it important to know the full message, in full context. We can appreciate that message, and the principle, more fully.

On October 29, 1941, Winston Churchill visited Harrow School to hear the traditional songs he had sung there as a youth and to speak to the students. The speech was a little less than five minutes in length. The often quoted lines, in full context, are included in the excerpt below.

"You cannot tell from appearances how things will go. Sometimes imagination makes things out far worse than they are; yet without imagination not much can be done. Those people who are imaginative see many more dangers than perhaps exist; certainly many more than will happen; but then they must also pray to be given that extra courage to carry this far-reaching imagination. But for everyone, surely, what we have gone through in this period - I am addressing myself to the School - surely from this period of ten months this is the lesson: never give in, never give in, never, never, never, never-in nothing, great or small, large or petty - never give in except to convictions of honor and good sense. Never yield to force; never yield to the apparently overwhelming might of the enemy. We stood all alone a year ago, and to many countries it seemed that our account was closed, we were finished. All this tradition of ours, our songs, our School history, this part of the history of this country, were gone and finished and liquidated.

"Very different is the mood today. Britain, other nations thought, had drawn a sponge across her slate. But instead our country stood in the gap. There was no flinching and no thought of giving in; and by what seemed almost a miracle to those outside these Islands, though we ourselves never doubted it, we now find ourselves in a position where I say that we can be sure that we have only to persevere to conquer."

This message remains as strong and as true as the day it was spoken. As individuals, and as a nation, we must strive to understand the meaning of and need for perseverance. We must take note of what is at stake, and persevere in the causes, positions and principles that will ensure lasting peace and prosperity.

Posted by Chuck Papandrea at 11:25 AM No comments:

The Power of Belief

Are we aware of the messages and lessons we pass on to our children? Do we grasp the lasting impact of our messages, spoken and unspoken?

In honor of a new but already dear friend Ruth Adkins and the memory of her father, I am sharing a quote that she passed along today.

"You will because you believe you can"

Twenty years ago, Ruth's father shared this while speaking to her about life challenges she was facing. Little did he realize the power that one simple statement would have.

Ruth has clutched that phrase close to her heart for 20 years, and she pays honor to this incredible man now by passing it on to others. I believe she passes this along as much by example as she does in words.

Ruth has incorporated this in text, spirit and vision within the Inspiring Alliance program she leads for our "Wounded Warriors" - the veterans who have sacrificed for our great country.

Thank you, Ruth, for sharing this message.

For the rest of us, this is a great reminder of the messages and lessons we are sharing in and through our lives - those we hold dear are always watching.
Posted by Chuck Papandrea at 6:16 PM No comments:

I love to capture significant thoughts and perspectives. While watching the movie Gladiator, there were two quotes that had me scrambling for my notebook.

Marcus Aurelius: “When a man sees his end, he wants to know there was some purpose to his life. How will the world speak my name in years to come?”

Maximus: “What we do in life echoes in eternity.”

If it all ended today, do you like how your accomplishments and your impact will echo in eternity? Do they even have enough volume, enough significance, to echo at all?

Sadly, many will wait until they see their end to take those questions seriously. When they are finally face to face with their mortal selves, often without the strength, the time or the resources to take action on their answer.

These questions are not reserved for the end. The time to ask is now, today, in this moment. There is no better time to consider your purpose. 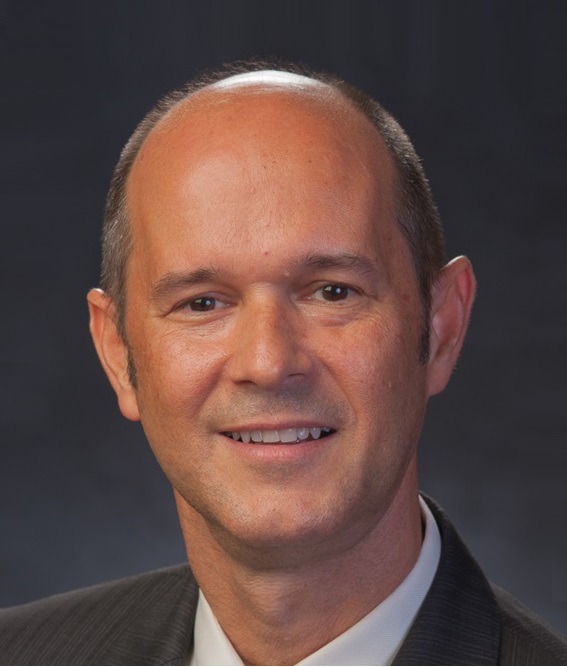